Scotland is green and beautiful, but its claim to fame is the over 3,000 castles – or their remains – that are sprawled all over the land. In Scotland, for every 100 square miles there is likely to be a castle. The Scottish people are mighty proud of these architectural landmarks that house the history of the nation, and Britain’s by extension.

Here are some of the most famous castles in Scotland still standing today. Other notable castles in Scotland include the Edinburgh Castle, which stands towering over the capital, Braemer Castle located in the Cairgorms National Park, and the Dunnottar Castle, which is perched upon a cliff.A word of warning; you might also want to have a look in our list of food and restaurants you have to try, visiting castles can be exhausting. 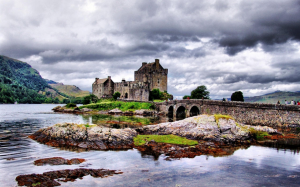 Standing on its own island, the EileanDonan Castle is a sight to behold. It is no wonder that this is Scotland’s most visited and photographed castle. The impressive building is surrounded by a lush forest and the sea.

The EileanDonan Castle overlooks the Isle of Skye. The majestic castle is owned by the MacRae family, but is used as a tourist site operated by the Conchra Charitable Fund. The site is open for tourists from 10:00 AM to 5:00 PM every day of the week. 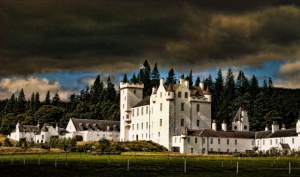 This castle was the home and seat of power for the Duke of Atholl. The castle is still home to the Atholl Highlanders, who are the only remaining private army in Europe. In total there have been 19 generations of families that have lived at Blair Castle. The striking building in the highlands has over 30 rooms, with some of Europe’s best ancient furniture, military history, and art on display in some of the rooms.

Visitors should make sure they see the Victorian Ballroom and the Entrance Hall where weaponry from the Battle of Culloden is displayed. Blair Castle is also renowned for its gardens, where some of Europe’s former leaders like Bonnie Dundee the Jacobite are buried. Blair Castle also has a park for children to play in as adults take in the history and the views. There is a gift shop in the castle so that tourists can find something to give their loved ones who might not have visited the site. 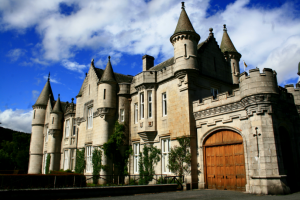 This castle is special, since it is the holiday home for the British royal family. The Queen’s family does visit and stay over. However, because it is an ancient dwelling, tourists are allowed to visit when there are no royals in the castle.

The Balmoral Castle was bought for Queen Victoria by her husband in 1848. It is said that the queen was struck by the beauty of the highlands and would regularly go there to unwind. The castle is open for visits between 10:00 AM and 5:00 PM every day, although admission is closed at 4:30 PM.