Glasgow has a plethora of activities that cover all types of interests, from arts, culture, and nature to shopping and gambling. In short, one will not go wanting in a visit to Glasgow. Steeped in history, this old city has something for everyone to enjoy. 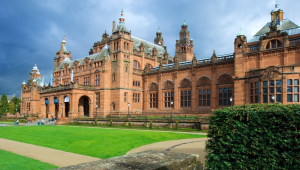 For those more artistically inclined, there are a number of excellent art galleries in the area, the most notable of which is Kelvingrove Art Gallery and Museum. Not only popular in Glasgow, but in Scotland as a whole, this gallery features some of the best collections in Europe. After an extensive refurbishment, it reopened in 2006 and since has seen its popularity soar.

Originally opening in 1901, the building is of classic Spanish Baroque style but with a Glaswegian twist; the red sandstone comes from the nearby town of Locharbriggs. Containing what is considered one of the largest collections of armour in the world, an extensive natural history section, and a large number of works by notable artists such as Dali, Monet, Rembrandt, and Van Gogh, this is a must on anyone’s list. 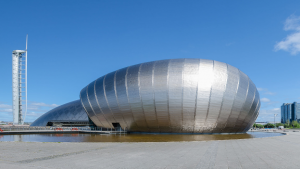 The excellent Glasgow Science Centre is well worth a trip. Opened by Queen Elizabeth in 2001, it is now one of the most popular attractions in Britain. It is comprised of three areas: the Science Mall containing large numbers of interactive exhibits; Glasgow Tower, the highest freely rotating tower in the world; and the IMAX cinema, the first in Scotland. This is a fun trip for all the family.

Recreation is the Game 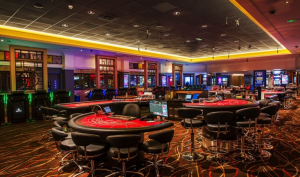 For those who require a little down-time, never fear. Glasgow is home to 6 of the 15 casinos in Scotland, each with varying levels, games, and limits and you don’t have to be an expert to play in the casinos in Glasgow.

For a quick drink, the options are endless. From high-end, quirky through to tiny hidden corner pubs, Glasgow has it all. Nice’n’Sleazy is a favourite. Offering new beers on the menu, excellent drink deals, and a low-key vibe continue to make this bar one of the best spots in town. 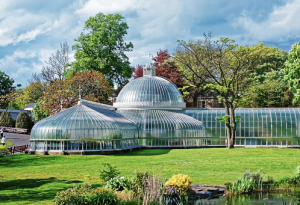 For those needing a little outdoor activities, a beautiful stroll through the Botanic Gardens and Kibble Palace will surely be at the top of the list. This stunning garden was partly created by William Hooker who later went on to care for Kew Gardens. Created in 1817, these gardens were originally used for concerts and events. The spectacular Kibble Palace greenhouse was constructed in the 19thCentury with an iron framework transported down the River Clyde and erected where it still stands today. Now it contains one of the oldest collections of tree ferns at nearly 120 years old.

For those of a slightly macabre nature, there is also The Necropolis, a Victorian cemetery on the eastern hill of the Cathedral. It is believed 50,000 people have been buried there but only 3,500 have a named memorial.